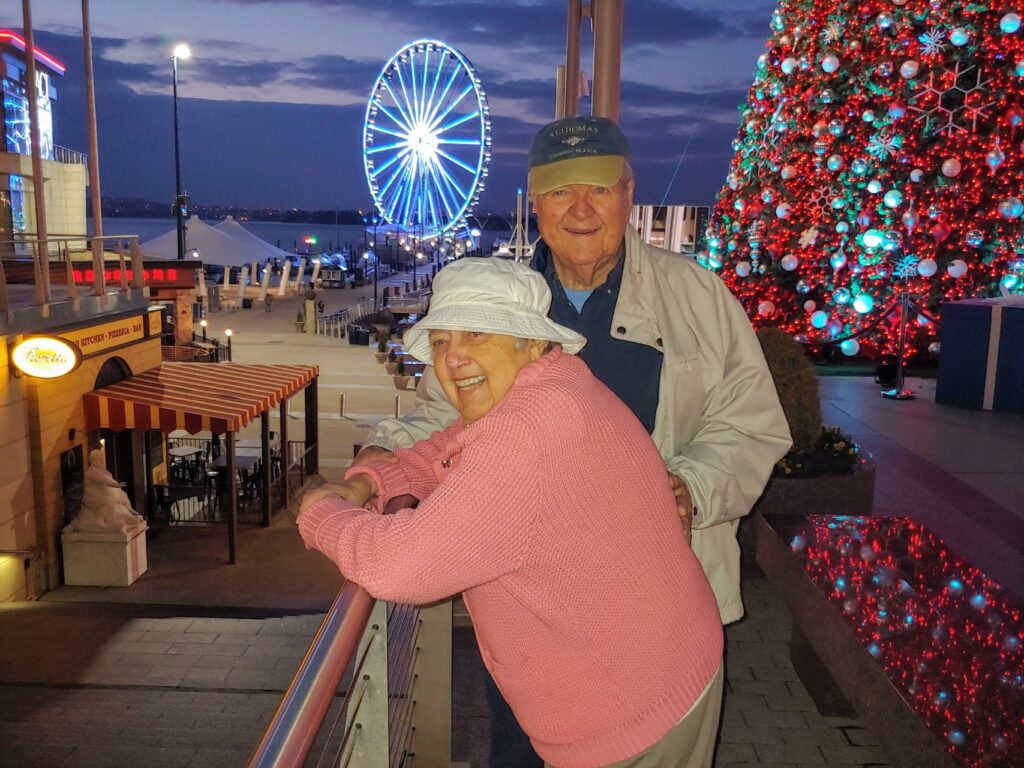 Giving Thanks for 70 Years

Somehow they weathered the challenges, opportunities, and wonders and were blessed with eight children, many inlaws and significant others, grandchildren and great-grandchildren, lasting friends, and 68 years together.

November 22, 1952, was the day my mother and father married. It was a rainy day. The priest they met with had major hesitations about this union, as Dad was still in college. The celebrant discouraged them from marrying until he could complete his college degree.

Despite this trepidation, they proceeded on.

Theirs was the first event held at the Knights of Columbus Hall on Route 1 in College Park; the building has long ago been put to other uses but was put to good use that day.

Somehow they weathered the challenges, opportunities, and wonders and were blessed with eight children, many inlaws and significant others, grandchildren and great-grandchildren, lasting friends, and 68 years together. 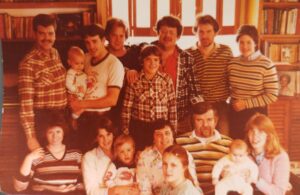 For their 60th anniversary,  my seven siblings and I planned a big celebration at Rocky Gap Resort Hotel (Now a Casino). The theme of the evening was “Who is the favorite child.” We each got a chance to elaborate on why we were obviously the favorite “One.”  These short presentations got pretty vicious.

For example, my sister Eileen opened a  box “From my parents” with props: A tiara and a sash reading “Favorite child.”

My youngest brother Chris received a FedEx delivery while talking,  which he opened.  Money spilled out. He said, “Mom and Dad, you’re embarrassing me; please stop sending me money.  There was an enclosed note addressed to “Our favorite child.”

As an aside, my siblings were dreaming if they really believed it wasn’t me. Here’s my poem from that evening.

Some of Your Defining Moments

There aren’t many people who, in their wildest fears

Dream of living with another person for 60 years.

When you first promised to your last, “I do.”

Dad was still in college, and though he was no fool

It was a leap of faith to marry while still in school.

But finishing up at Maryland didn’t hold Mom and Dad back,

Why, before you knew it, along came Jack.

After graduation, the family headed off to New Mexico

As an Air Force officer for your country, you did go,

And before Jackie had much time as the only tike,

Thirteen months later, you were blessed with Mike.

You completed your tour of duty after two years,

And returned back to Maryland to rousing cheers.

Dee was getting a firm handle on being a Mom,

Thank God for that because you soon had Tom.

He was, of course, the “Apple of your eye,” and Dad was sure a great Pop.

Wasn’t three a perfect number? But you just couldn’t stop…

With more kids, you’d better be ready to work like a slave

But you answered, “Damn the torpedoes!” and brought home Dave.

With four rugged boys, you can have challenges of all sorts

You can hike, you can camp, and play all kinds of sports.

But not quite enough for a team in basketball,

We also needed an artist, and so you had Paul.

Things were smooth as a bag of hammers at home,

The men thought all was ideal, but Mom was alone.

She needed someone to bond with, who wasn’t so mean

You got “Sugar and spice” when you brought home Eileen.

Mom had her girl, someone to call to other than “Mister.”

For good measure, however, she needed a sister.

A work of art, a gem, like Rembrandt’s “Mona Lisa”.

Far-fetched, I know, but what else rhymes with Teresa?

Now for some, seven children is when you’d be done,

But Mom and Dad thought, maybe just another one.

And last but not least, to the clan you added Chris.

Without him in our picture, things would just seem amiss.

And though your child-rearing days are through,

You both still seem to have more than enough to do.

You have in-laws and out-laws and Grandchildren galore.

And have places, ideas and people to explore.

Tonight, we want to thank you for being our Father and Mother

And very much also for giving us each other.

In the decisions you made to have each of us, you followed the Lord,

And left it up to Him to decide just what you could afford.

You’ve given us yourselves and taught us many lessons.

You made us open Christmas presents in multiple sessions.

You’ve taught us that love isn’t a feeling but is a decision we make,

And that on vacation, it’s important to be first to see the Lake.

And it doesn’t make much sense to stay up all night.

If my friend jumps off a cliff, maybe I shouldn’t follow him too.

You were there to lend advice on just what to do.

For we’re all quickly aging right behind you, Jack and Dee.

We know that you’re there for us always, in good times and bad.

And we’re all proud to call you our Mom and our Dad.

As my parents 65th anniversary approached, my father hinted that they would very much like to have another celebration. I responded, “Every 60 years, Dad.” However, we did follow through with a joyous, if somewhat more intimate, family gathering for the 65th.

It is an honor and a privilege to have my parents for so long. Dad passed away in  October 2021. We miss him greatly.

As Thanksgiving approaches, I’m grateful for the many blessings Mom and Dad have bestowed.