Home  •  Blog  •  Putting off Getting Hearing Aids? Don’t—Your Brain Will Thank You! 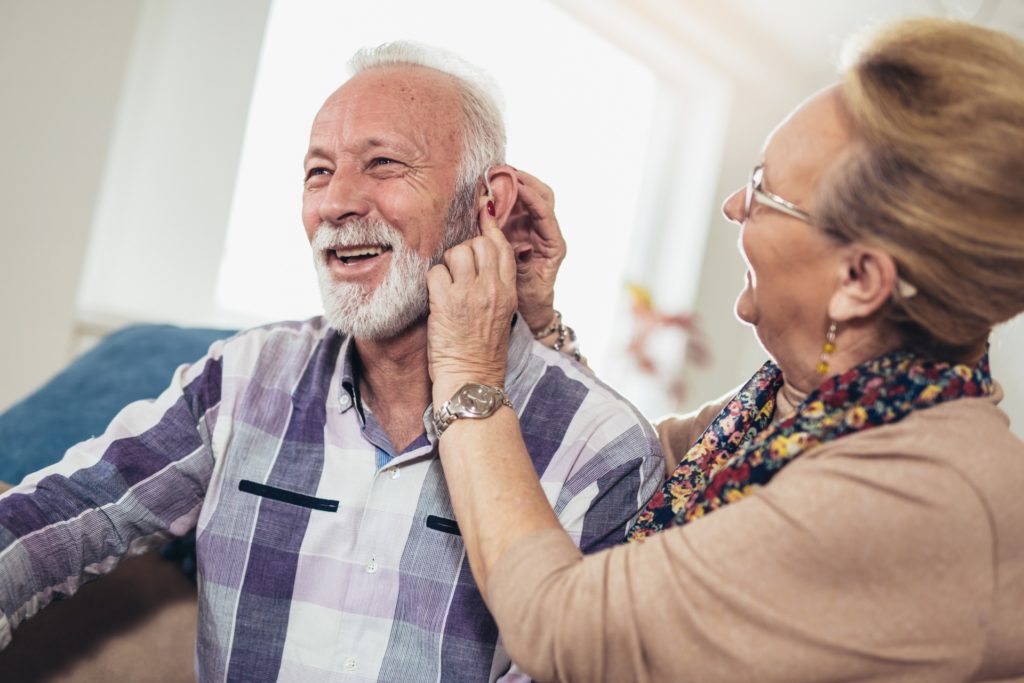 Putting off Getting Hearing Aids? Don’t—Your Brain Will Thank You!

A few years ago, researchers at the Johns Hopkins University School of Medicine gave us yet another reason to worry about getting Alzheimer’s disease and other dementias: They demonstrated an association between hearing loss and cognitive decline.

Don’t postpone getting hearing aids when they can prove helpful.

If it seems like every day brings something new to worry about, take heart—this is something that you can do something about. People with moderate hearing loss were twice as likely to experience cognitive decline as their peers, while those with severe hearing loss faced five times the risk, according to a study from Johns Hopkins University School of Medicine that was written up in Next Avenue’s article “A Delay In Getting Hearing Aids Can Mean More than Hearing Trouble.”

Another study, from the University of Colorado at Boulder, found that the brain’s ability to process sound declines as the person’s ability to hear decreases. The study looked at adults between the ages of 37 to 68 who had their hearing tested and their brains examined. None was being treated for hearing loss; although, a few felt that their hearing was not as good as it once was.

The subjects underwent hearing tests and tests using visual stimuli to see how they were processing information. They also underwent electroencephalograms that showed that not only were their brain’s visual centers firing when seeing the stimuli, but the hearing center was also active in those who had suffered some hearing loss.

In other words, parts of the brain that used to process sounds were now processing visual signals, as the hearing part of the brain was being repurposed to process images. Hearing aids can be a critical component of keeping your mind sharp.

The brain repurposing different areas for different functions is known as “cross-modal recruitment,” which is not a new concept. Other areas of the brain can be affected, including the prefrontal cortex, which is in charge of higher-level thinking and executive functions.

If this part of the brain is needed to help overcome hearing loss, then there’s less capacity for putting new information into long-term memory for comprehending and responding to sounds and conversation.

The researchers also found that people in the study regained some of their losses after being fitted with very high-quality hearing aids.

Unfortunately, many adults delay getting their hearing tested and getting hearing aids. The stigma associated with getting hearing aids as a marker of aging is one reason. The other reason is that hearing loss is a very gradual process and people get used to not being able to hear.

Reference: Next Avenue (October 21, 2019) “A Delay In Getting Hearing Aids Can Mean More than Hearing Trouble”