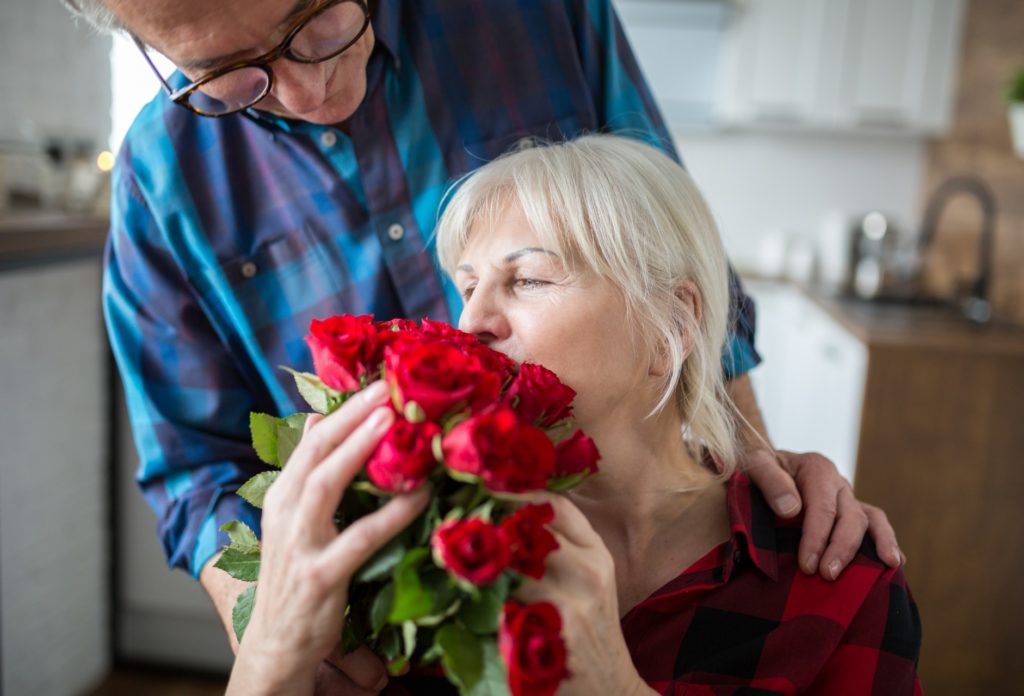 Seniors who can identify smells like roses, turpentine, paint-thinner, and lemons, and have retained their senses of hearing, vision, and touch, may have half the risk of developing dementia as their peers with marked sensory decline.

In a study by the University of California-San Francisco, researchers monitored about 1,800 participants in their 70s for a period of up to 10 years to determine if their sensory functioning could be linked with the development of dementia. At the time of enrollment, all participants were dementia-free, but 328 participants (18%) developed dementia during the course of the study.

The University of California – San Francisco’s July 20 press release “Older Adults Who Can Really Smell the Roses May Face Lower Likelihood of Dementia” explains that of those whose sensory levels ranked in the middle range, 141 of the 328 (19%) developed dementia. This compares with 83 in the good range (12%) and 104 (27%) in the poor range, according to the study, which was published in Alzheimer’s and Dementia: The Journal of the Alzheimer’s Association.

Prior studies looked at the link between dementia and individual senses, but the UCSF researchers’ focus was on the additive effects of multiple impairments in sensory function, which emerging evidence shows are a better indicator of declining cognition.

“Sensory impairments could be due to underlying neurodegeneration or the same disease processes as those affecting cognition, such as stroke,” said first author Willa Brenowitz, PhD, of the UCSF Department of Psychiatry and Behavioral Sciences and the Weill Institute for Neurosciences. “Alternatively, sensory impairments, particularly hearing and vision, may accelerate cognitive decline, either directly impacting cognition or indirectly by increasing social isolation, poor mobility, and adverse mental health.”

While multiple impairments were important to the researchers, the authors noted that a keen sense of smell, or olfaction, has a stronger association against dementia than touch, hearing, or vision. Those in the study whose smell declined by 10% had a 19% higher chance of dementia, versus a 1-to-3% increased risk for corresponding declines in vision, hearing, and touch.

“The olfactory bulb, which is critical for smell, is affected fairly early on in the course of the disease,” said Brenowitz. “It’s thought that smell may be a preclinical indicator of dementia, while hearing and vision may have more of a role in promoting dementia.”

The participants underwent multisensory testing in the third-to-fifth year and included hearing (hearing aids were not allowed), contrast-sensitivity tests for vision (glasses were permitted), touch testing in which vibrations were measured in the big toe, and smell, which entailed identifying distinctive odors, like paint-thinner, roses, lemons, onions, and turpentine.

PrevPreviousWhat Happens if a Power of Attorney Is Rejected?
NextWill I Live Longer if I Babysit the Grandchildren?Next